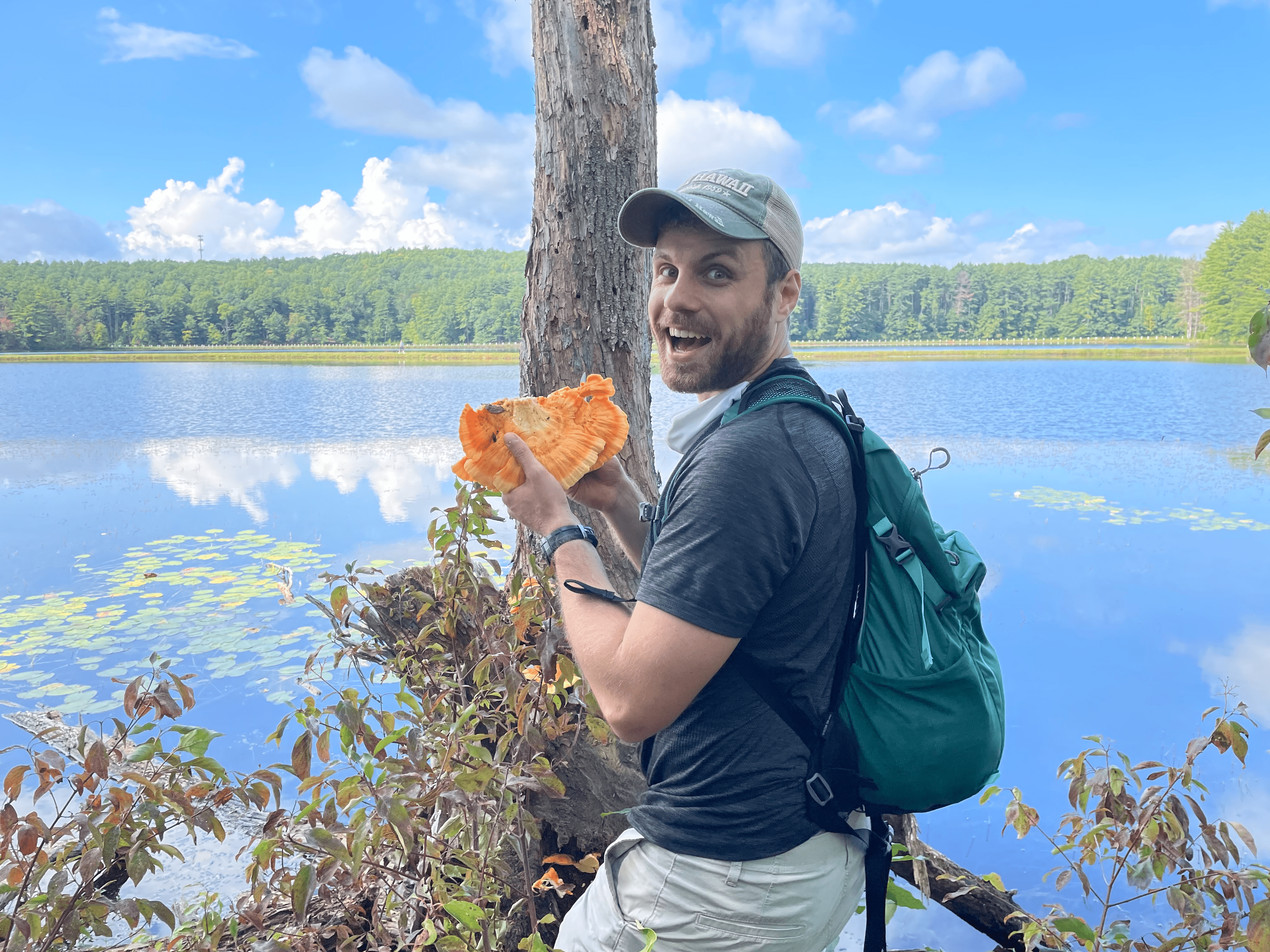 After several years of viewing hundreds of Reddit posts boasting amateur foragers Chicken of the Woods (Laetiporus Sulphureus), I decided it was time to get my forage on. So Christine and I took a journey up to the wooded land of Rangeley, Maine to find this treasured and distinct fungus. 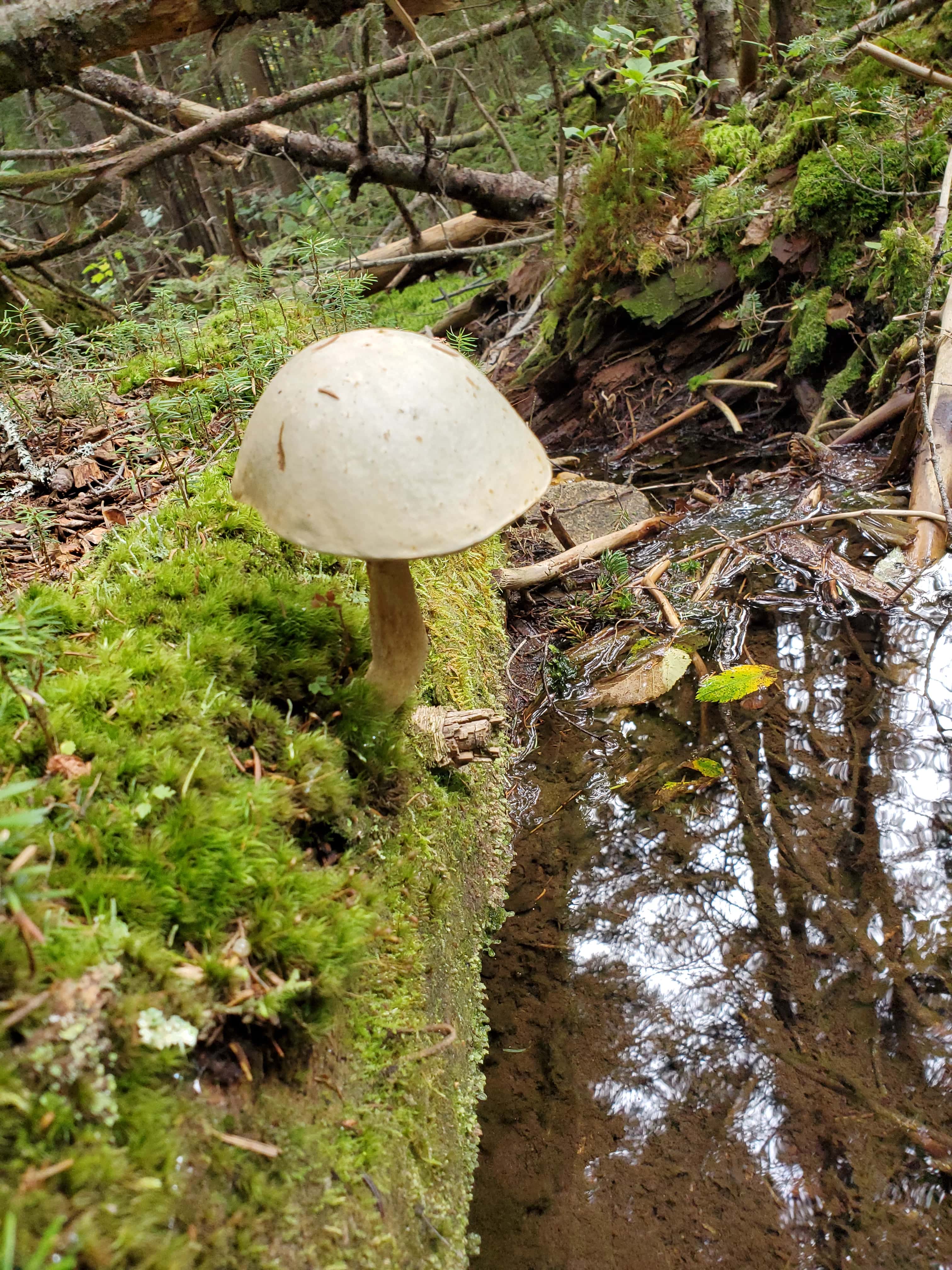 Several hikes, other mushroom species, and moose encounters later, we returned to Belmont, MA empty handed from our far away wilderness endeavor.

The following weekend we took an early drive to Springfield MA, to accompany my brother Drew during his first ever Brazilian Jiu-Jitsu tournament. Before the afternoon competition, we drove around the area talking about our trips with him and his girlfriend (Kendall) showing us the area. We got to talking about our Rangeley experience, then fishing then mushrooms, then the goal of finding Chicken of the Woods, then... "Wait, I think I saw that on my walk in the park the other day. Let me show you a picture."

Drew had indeed passed a perfect specimen growing off of a dying tree stump in a Springfield park, and had vaguely remembered the resemblance to older pictures I had forwarded him - probably from Reddit. His picture confirmed it. So, after a nice brunchy bagel sandwich, we shot over to the park and walked just a quarter mile until stumbling upon the orange treasure. As is good foraging practice, we cut off less than half of what was there and left the rest for nature.

We brought the mushrooms back in a brown paper bag from our sandwiches, threw them in the fridge, then divied them up later for each of us to try our own recipes. A few days later, we all had some, cooked in different ways. Not only did no one get sick ☠️, our biggest concern as a first time mushroom forage, but the mushroom tasted incredible. In fact, it was by far the best meat/chicken whatever substitute I have ever encountered. I made a chicken carbonara of sorts, while Drew made fried and sauteed for two different meals. Envious of the fried... I can't wait until I get another opportunity to harvest. Until next time 🐔🌳. 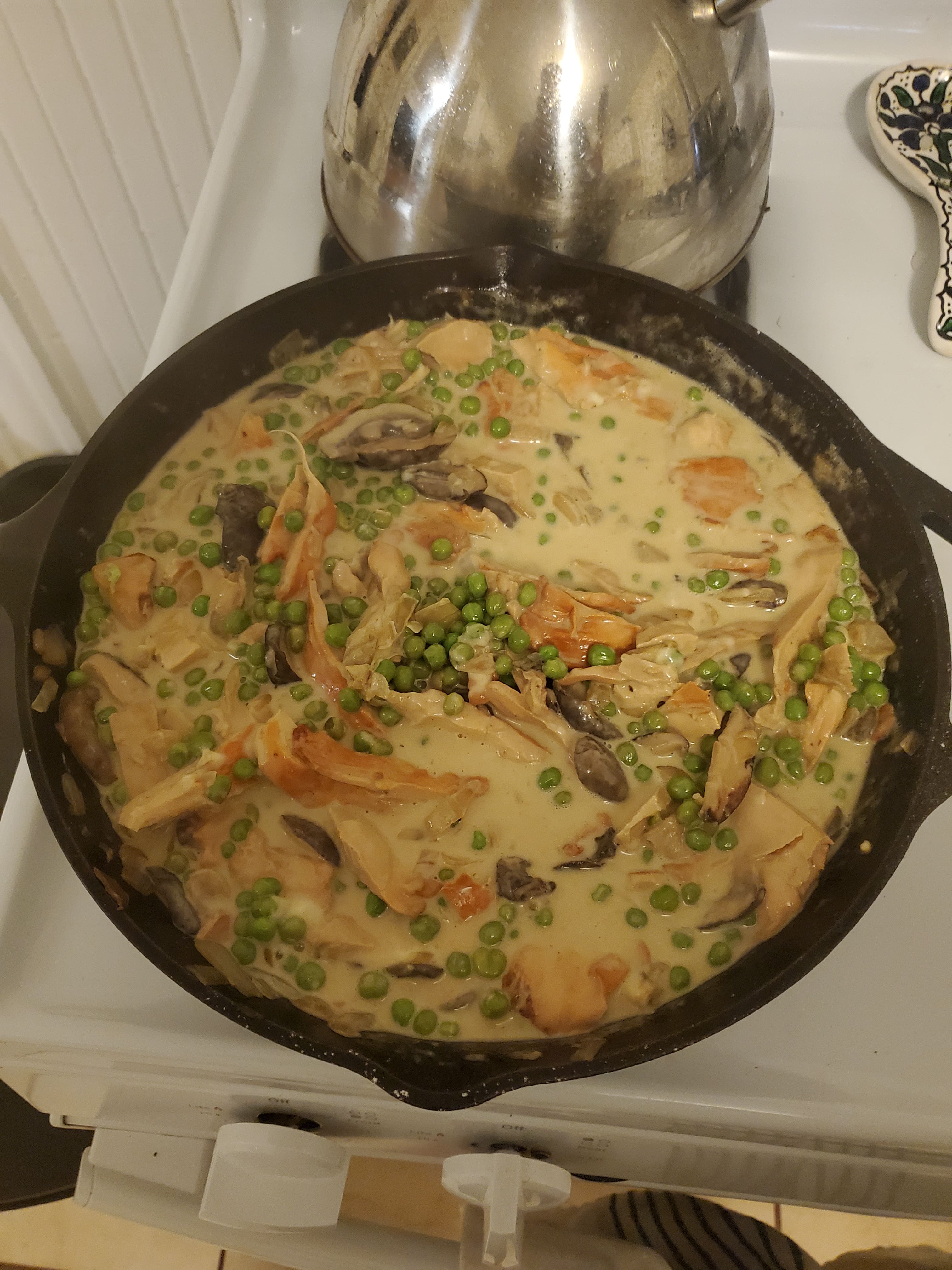 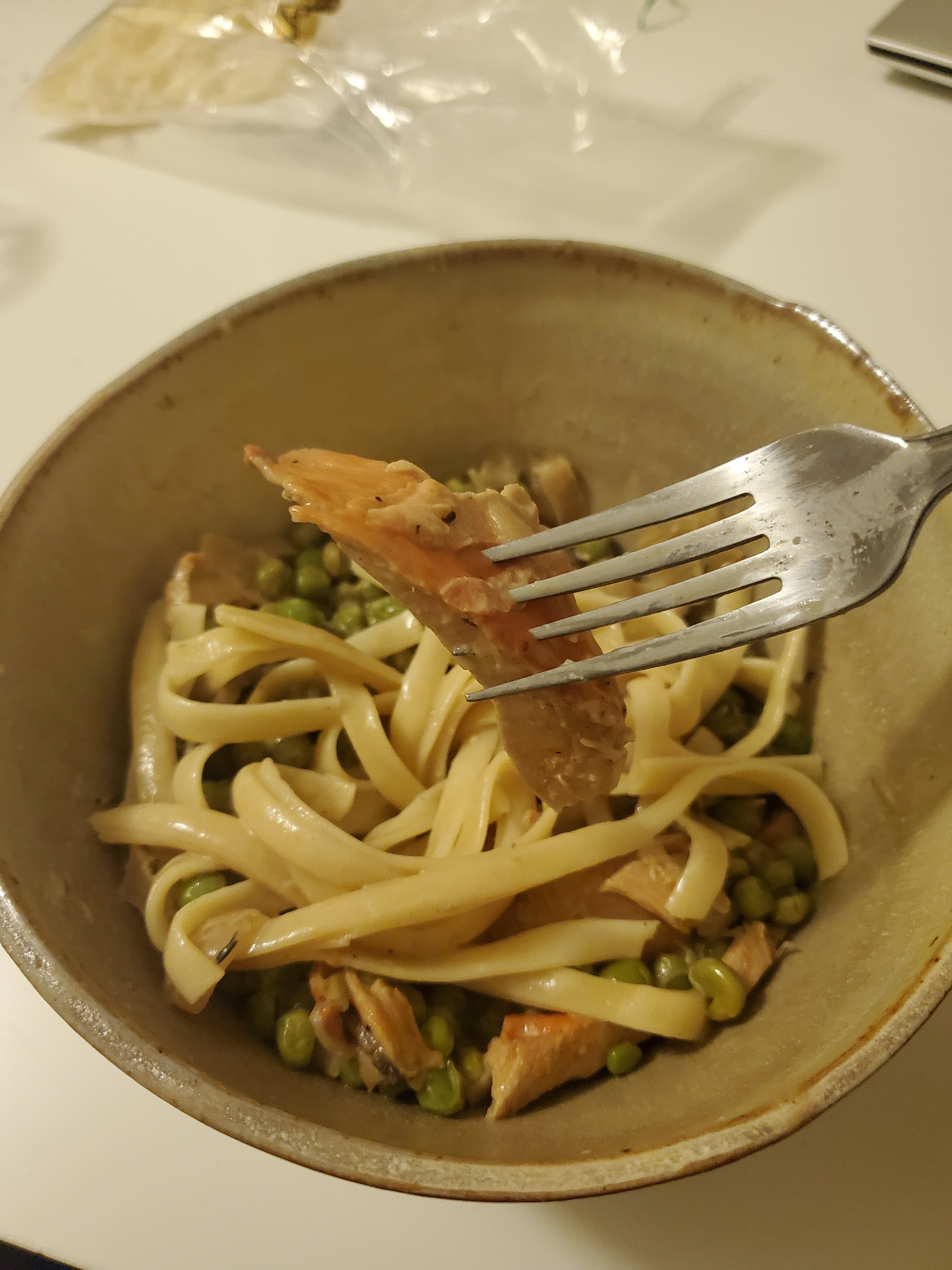 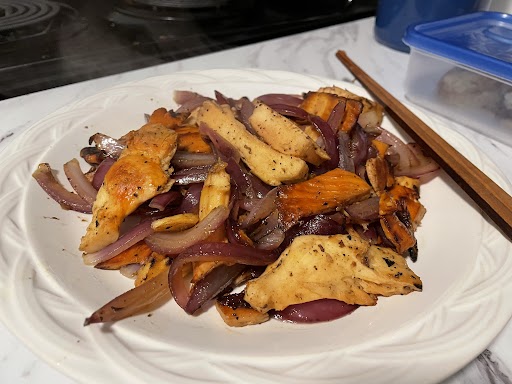 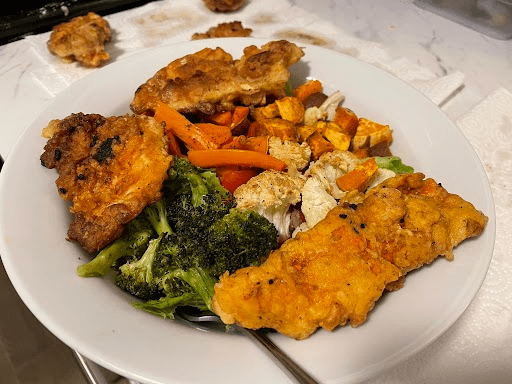